Economics in the 21st Century: on Societal Aging and Climate Change

Professor Robert Engle is an authority in time series econometrics and financial econometrics and the recipient of the 2003 Nobel Memorial Prize in Economic Science, which is shared with Professor Clive Granger, “for methods of analyzing economic time series with time-varying volatility (ARCH).” Professor Engle received PhD in economics at Cornell University. After working at MIT and UC Berkeley, he has been at NYU since 2010 and is now Michael Armellino Professor of Management and Financial Services. His ARCH model is an indispensable tool in analyzing the price dynamics in financial markets and designing the risk management.

Professor Peter Diamond is an authority in macroeconomic theory and the recipient of the 2010 Nobel Memorial Prize in Economic Science, which is shared with Professor Dale Mortensen and Christopher Pissarides, “for their analysis of markets with search frictions.” Professor Diamond received PhD in economic at MIT. After working at UC Berkeley, he has been at MIT and has been An Institute Professor since 1997. Professor Diamond is well-known for his fundamental contributions in the overlapping generation model and the theory of optimal taxation in addition to the analysis on decentralized trades with search frictions.

Registration form is available in the following page.
(The deadline for application is March 13)
https://goo.gl/forms/XPygjvypYA25w1nK2
Working Language: English
Hosted by Faculty of Economics and Institute for Economic Studies,Keio University, and Keio Economic Society.
For further information, email : ies-office@adst.keio.ac.jp 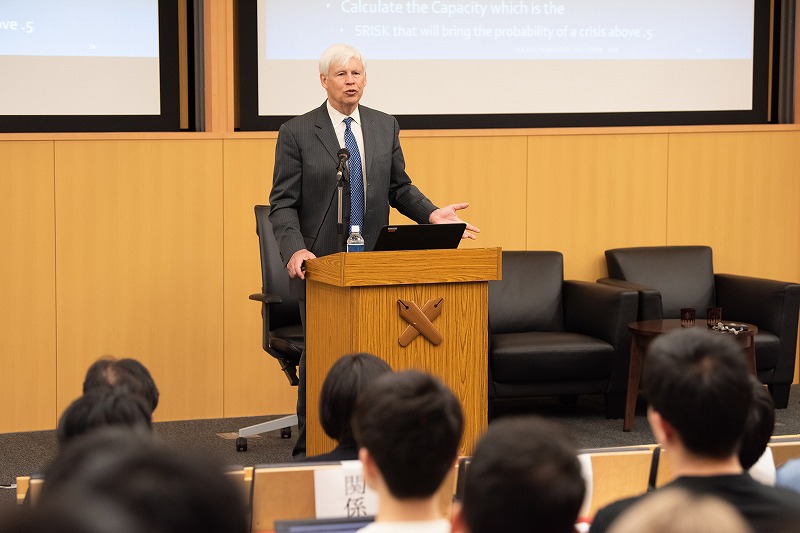 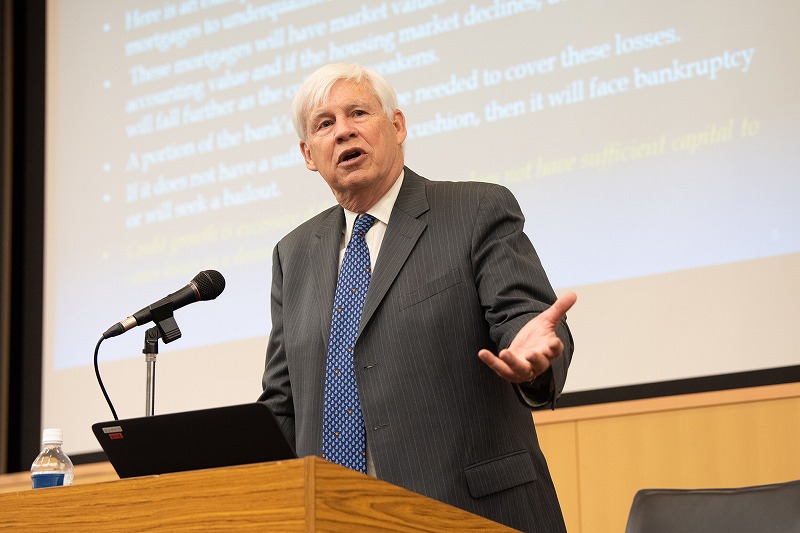 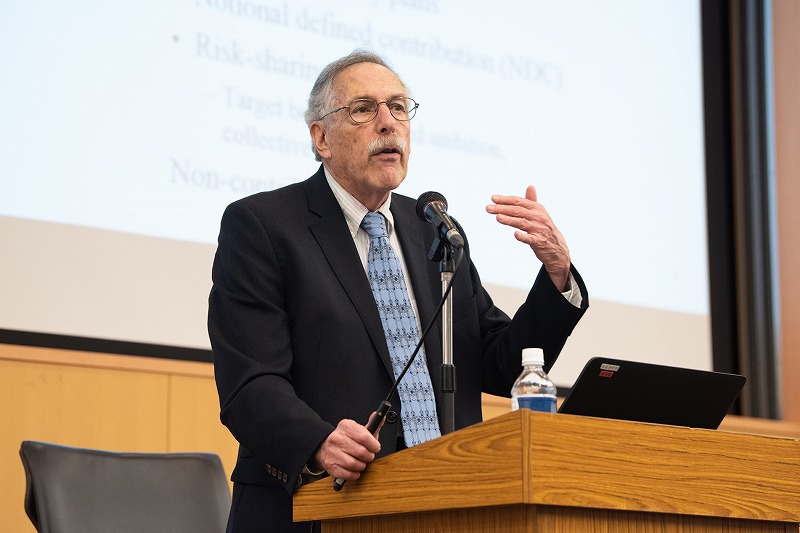 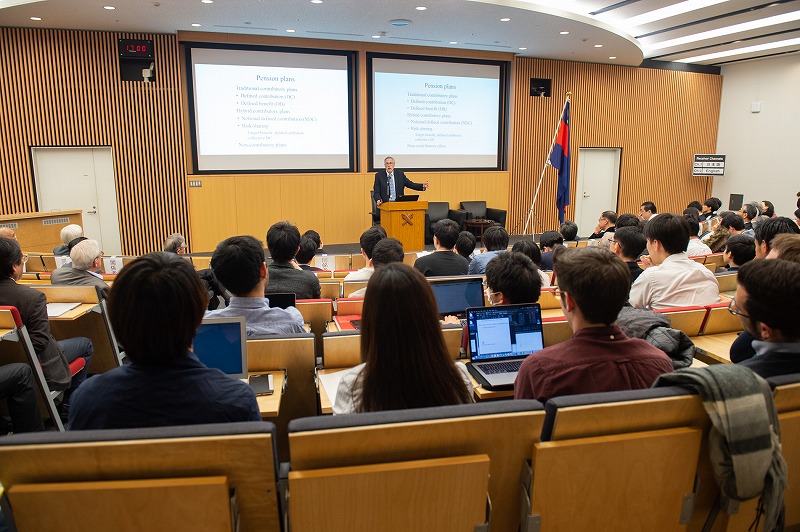 The event attracted much attention and was attended by 109 keen participants. The attendees included students and professors and councillors from Keio University, and also honorary professors who had formerly attended the special speakers' lectures and were back again for more. 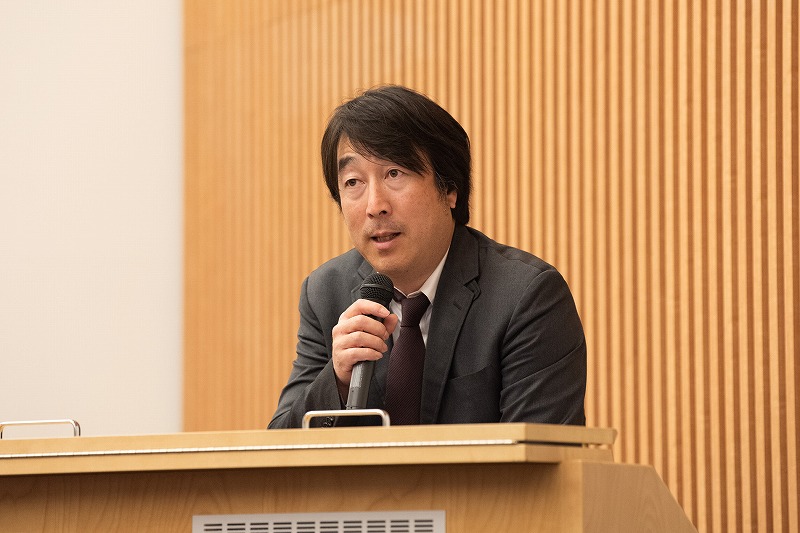 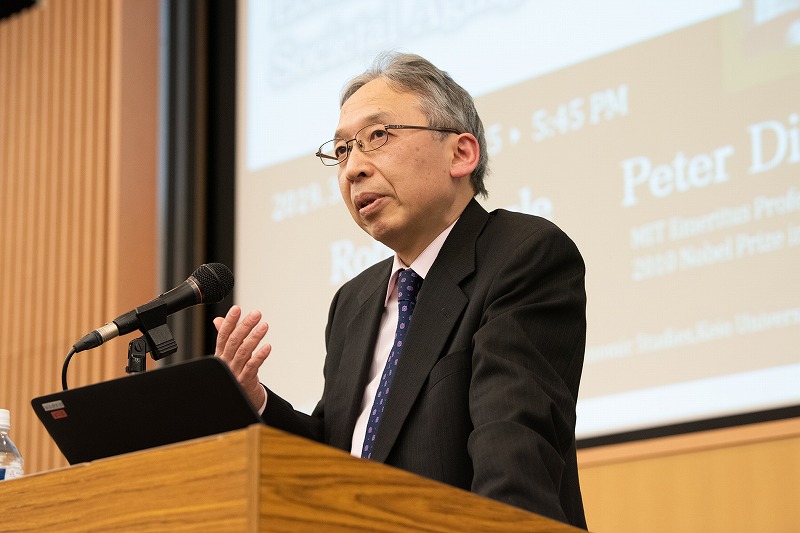 Professor Yukihiro Ikeda, Dean of the Faculty of Economics

A remark by Professor Ippei Fujiwara opened the event, followed by the introduction of the distinguished guest speakers by Professor Yukihiro Ikeda, Dean, Faculty of Economics. 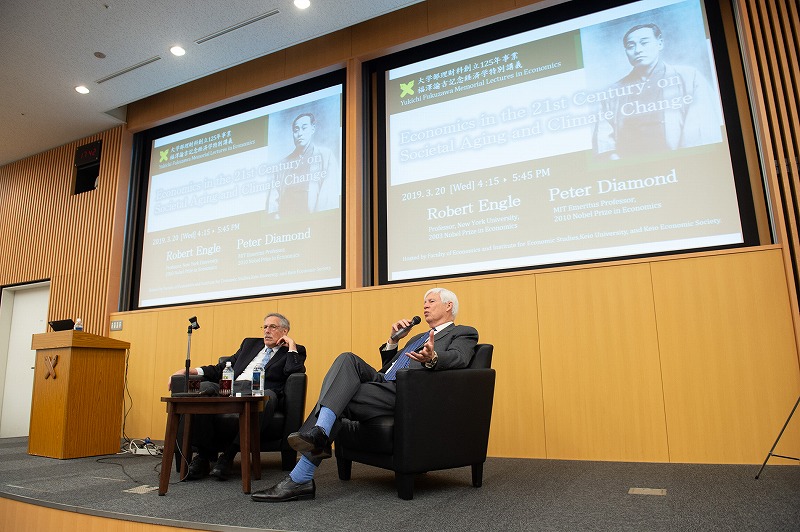 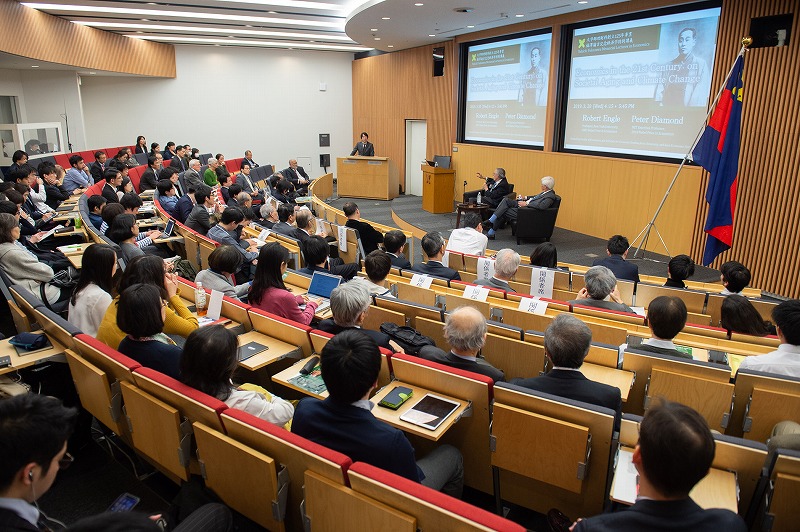 Professor Engle and Professor Diamond each gave a fantastic lecture on System Risk and Pension Systems, which was followed by an active Q&A session. The lecture was a huge success and closed with a roaring applause from all in the room.