Professor Thomas J. Sargent is an authority on macroeconomics and recipient of the 2011 Nobel Memorial Prize in Economic Sciences, which he shared with Prof. Christopher Sims of Princeton University. The achievements of Prof. Sargent go well beyond macroeconomics and span many areas of economics, including monetary economics, time-series analysis in econometrics, labor market analysis, and studies of social security and social insurance. He has published many influential papers in each of these areas. In the 1970s and 1980s, Prof. Sargent developed the theory of rational expectations in economic models, which shifted the paradigm of macroeconomic studies and led to numerous research projects, even to this day. Prof. Sargent is also well known for his dedication and success in education and in the mentoring of innovative researchers in economics. The macroeconomics textbook written by him and Prof. Lars Ljungqivst (a former student of Prof. Sargent and now a professor at the Stockholm School of Economics) is a bible for graduate students in macroeconomics all over the world. Prof. Sargent continues to publish innovative papers in top economics journals and to present his work at conferences around the globe. There has been no sign of his slowing down, not in his productivity and not in his passion for research and education. In recent years, he and Prof. Lars Peter Hansen (another of his former students, and a 2013 Nobel Prize recipient) have developed the theory of robust control, which attempts to search among policies to find the optimal one when the true economic model that generates data is unknown. Prof. Sargent continues to develop new theories to understand the evolving world better, sometimes even creatively destroying the theories he himself had developed years ago.

Registration form is available in the following page: http://goo.gl/forms/YFypklHhWB
Working Language: English
Hosted by the Institute for Economic Studies and the Faculty of Economics, Keio University
Co-organized by National Graduate Institute for Policy Studies（GRIPS）
For further information, email : ies-office@adst.keio.ac.jp
(03-5418-6433) 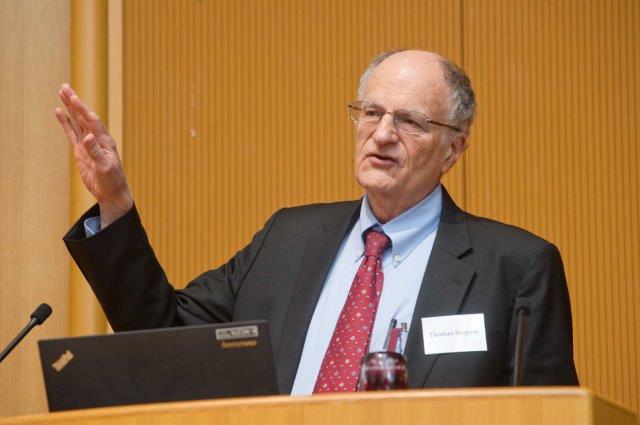 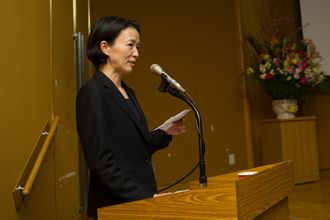 On March 2nd, 2016, the Institute for Economic Studies and the Faculty of Economics at Keio University Professor invited Thomas Sargent, William Berkley Professor of Economics of New York University and Senior Fellow of Hoover Institution at Stanford University. The event was co-organized by National Graduate Institute for Policy Studies（GRIPS）. Professor Sargent gave a lecture on “A Life Cycle Model of Trans-Atlantic Employment Experiences.” 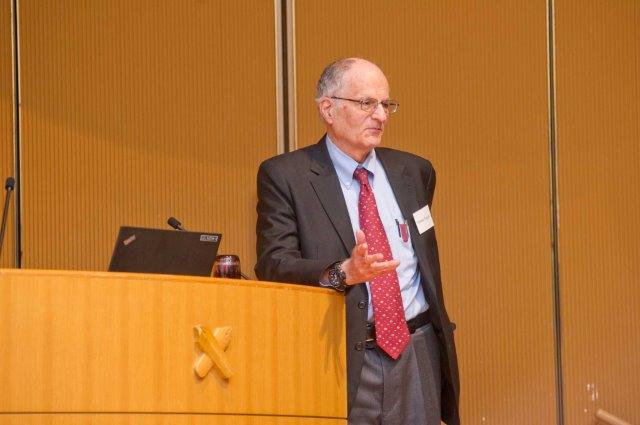 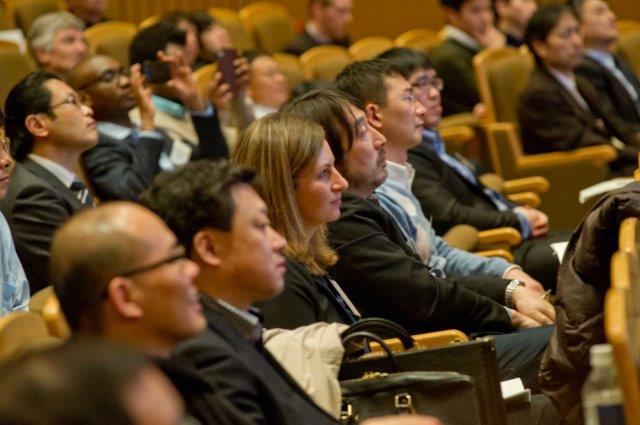 The hall was filled with scholars from not only Keio University and GRIPS, but also those from outside of Tokyo and Japan, including visitors from the U.S., U.K., Australia, Korea and Taiwan. Many former students of Professor Sargent from schools in the U.S., including Chicago University and Minnesota University also gathered and enjoyed a mini-reunion after listening to the lecture of their former professor. 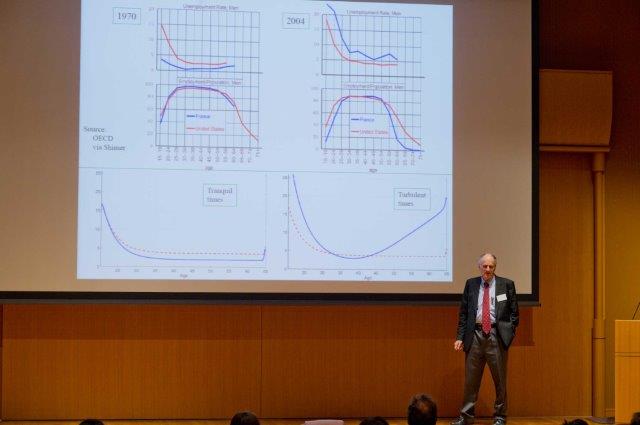 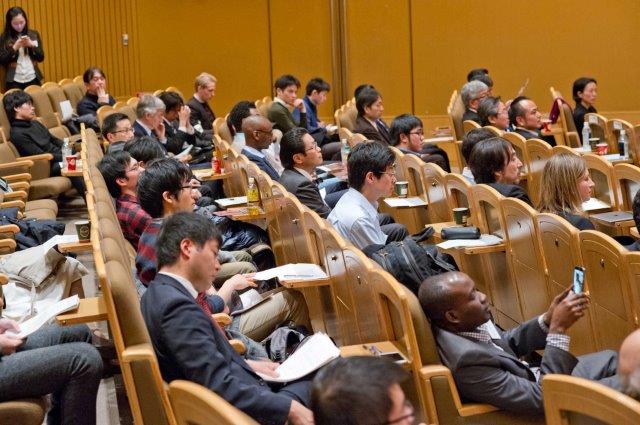 Professor Sargent emphasized the importance of understanding the roles of economic environment surrounding us in order to analyze the impact of redistributive policies such as unemployment insurance and social security. The high unemployment rate and low employment in Europe, especially among very young and old individuals, since 1970s are often attributed to the generous redistributive policy, compared to the U.S. The similar difference, however, in policy had existed even before 1970s, when unemployment rate was in fact lower in Europe and professor Sargent demonstrated the fact using data and episodes. For a macroeconomic theory to coherently explain these facts, he used a theoretical economic model to show that it was necessary to capture the risks and incentives that individuals face over the life-cycle, which evolved over time and interacted with government policies. 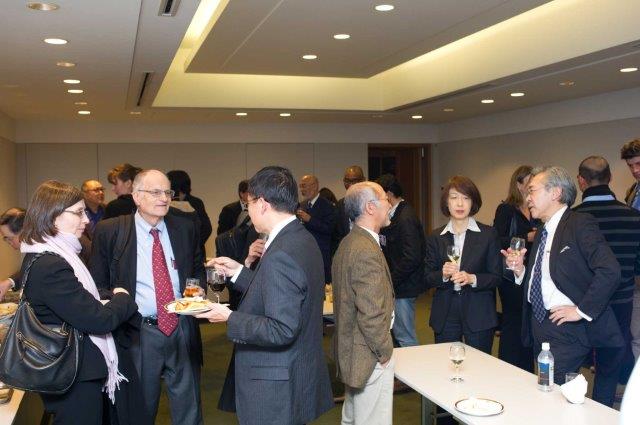 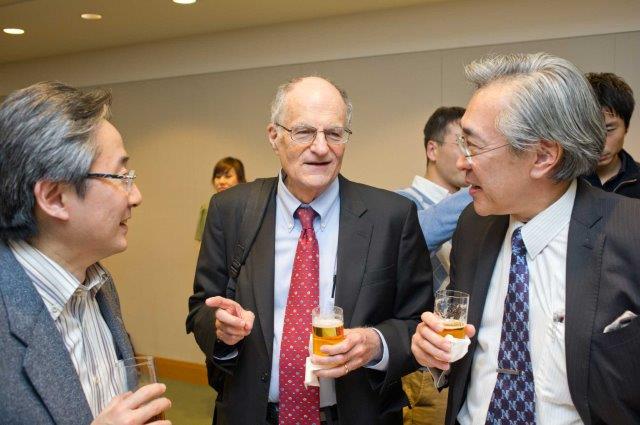 Although the analysis was based on a highly complicated and sophisticated economic model, professor Sargent provided the audience with intuitions behind the results using various examples and interesting hands-on episodes. The lecture was very clear and interesting and at the same time stimulated intellectual interest of the enthusiastic audience. The lecture demonstrated Professor Sargent’s serious and humble attitudes towards research and his passion for education. Stimulating discussion continued into the reception that followed the lecture. 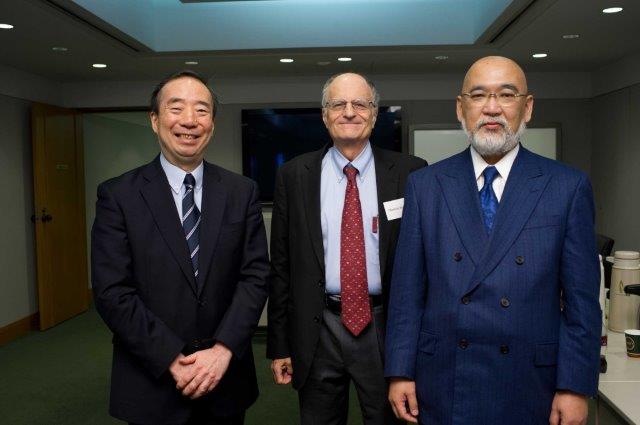