Professor Sonnenschein is a world-famous authority on microeconomic theory. While his scholarly achievements span many areas, his work is particularly well represented by his theory of general equilibrium as the basis of microeconomics. Professor Sonnenschein asked whether there always exists an economic model that generates an arbitrarily given function that satisfies both Walras’ law and the continuity property as the market excess demand function of that model. (It was well known that the converse holds true: If each consumer maximizes a well-behaved utility function, the derived market excess demand function satisfies Walras’ law and the continuity property.) Mantel and Debreu extended Professor Sonnenschein’s affirmative answer in a general setting (with a result known as the Sonnenschein–Mantel–Debreu theorem), and, in a sense, this result completed the framework of general equilibrium theory. Another contribution is in the field of social choice theory: the Mas Colell–Sonnenschein theorem, which proves that, when we want to aggregate individual preferences in to a social preferences, there exists no democratic and rational social decision function even if transitivity is not required for the resultant social preferences. Professor Sonnenschein also made significant contributions to the field of game theory and succeeded in connecting general equilibrium theory with bargaining games. Professor Sonnenschein continues to energetically pursue his studies and publish articles about topics such as bargaining games and incentive problems. 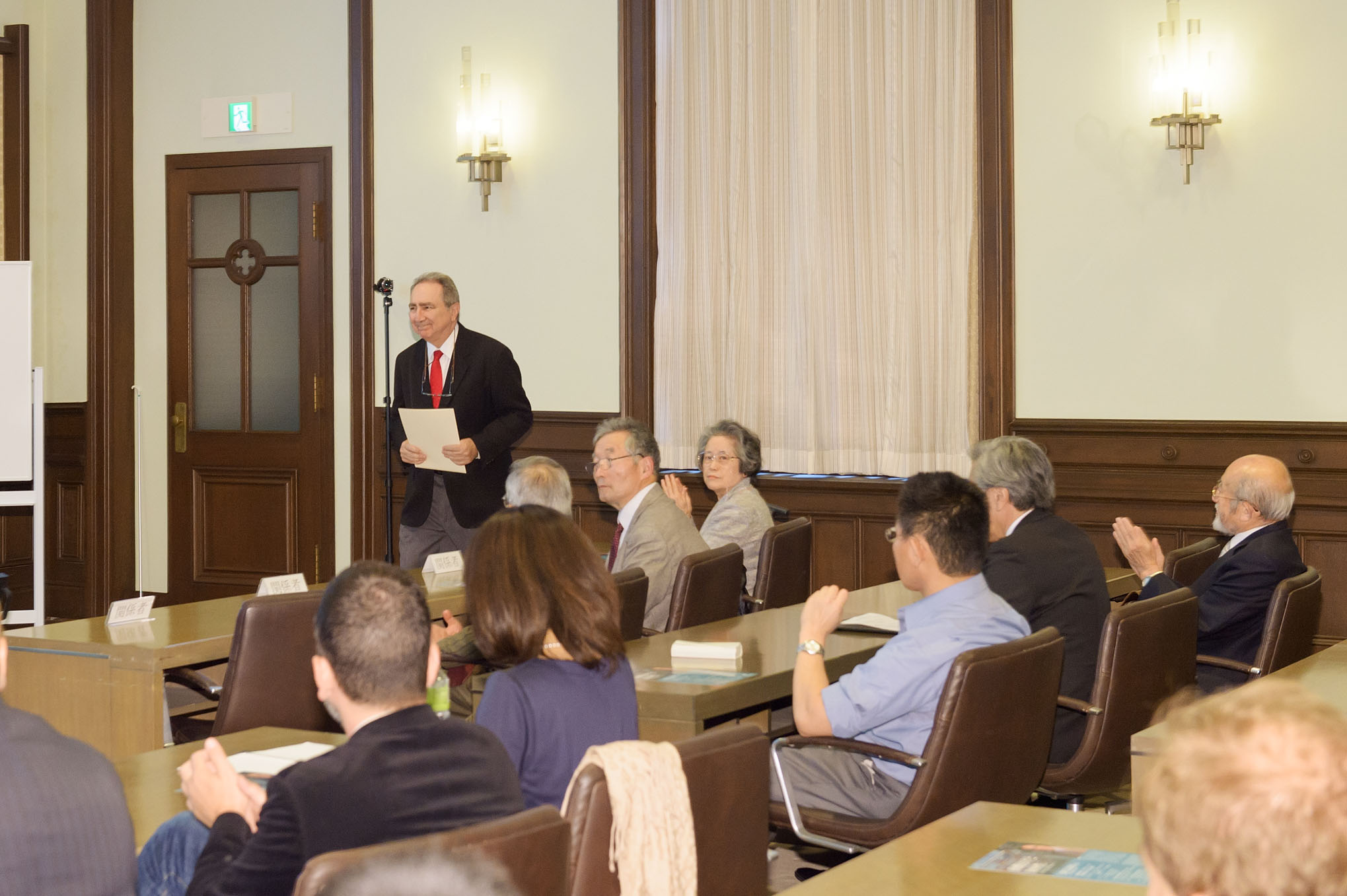 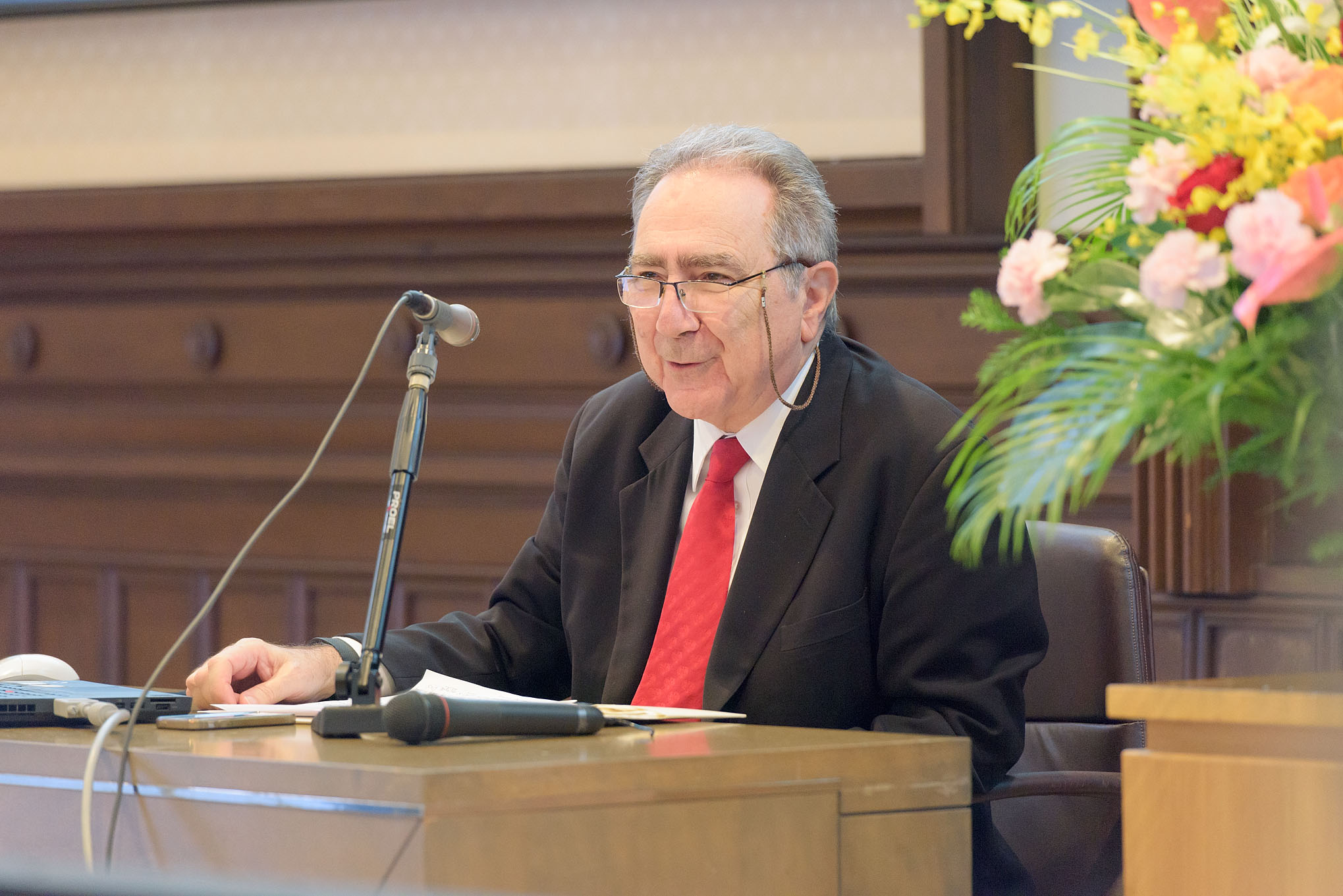 On October 9th, 2015, the Institute for Economic Studies and the Faulty of Economics at Keio University invited Professor Hugo F. Sonnenschein, former President and Charles Hutchinson Distinguished Service Professor Emeritus of University of Chicago to Mita campus. Professor Sonnenschein gave a lecture titled “Incentives and Efficiency” as the second speaker of the Yukichi Fukuzawa Memorial Lectures in Economics. 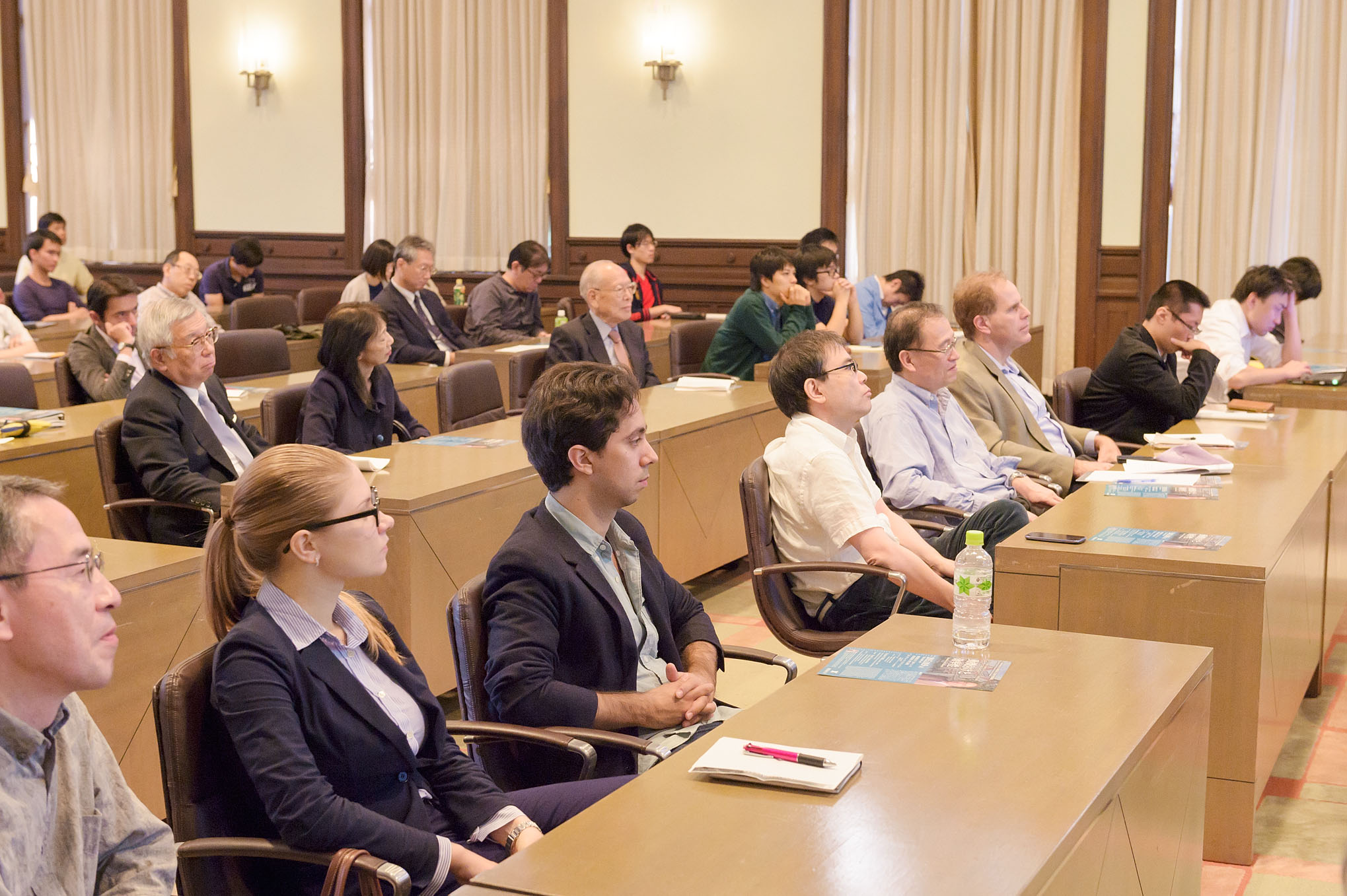 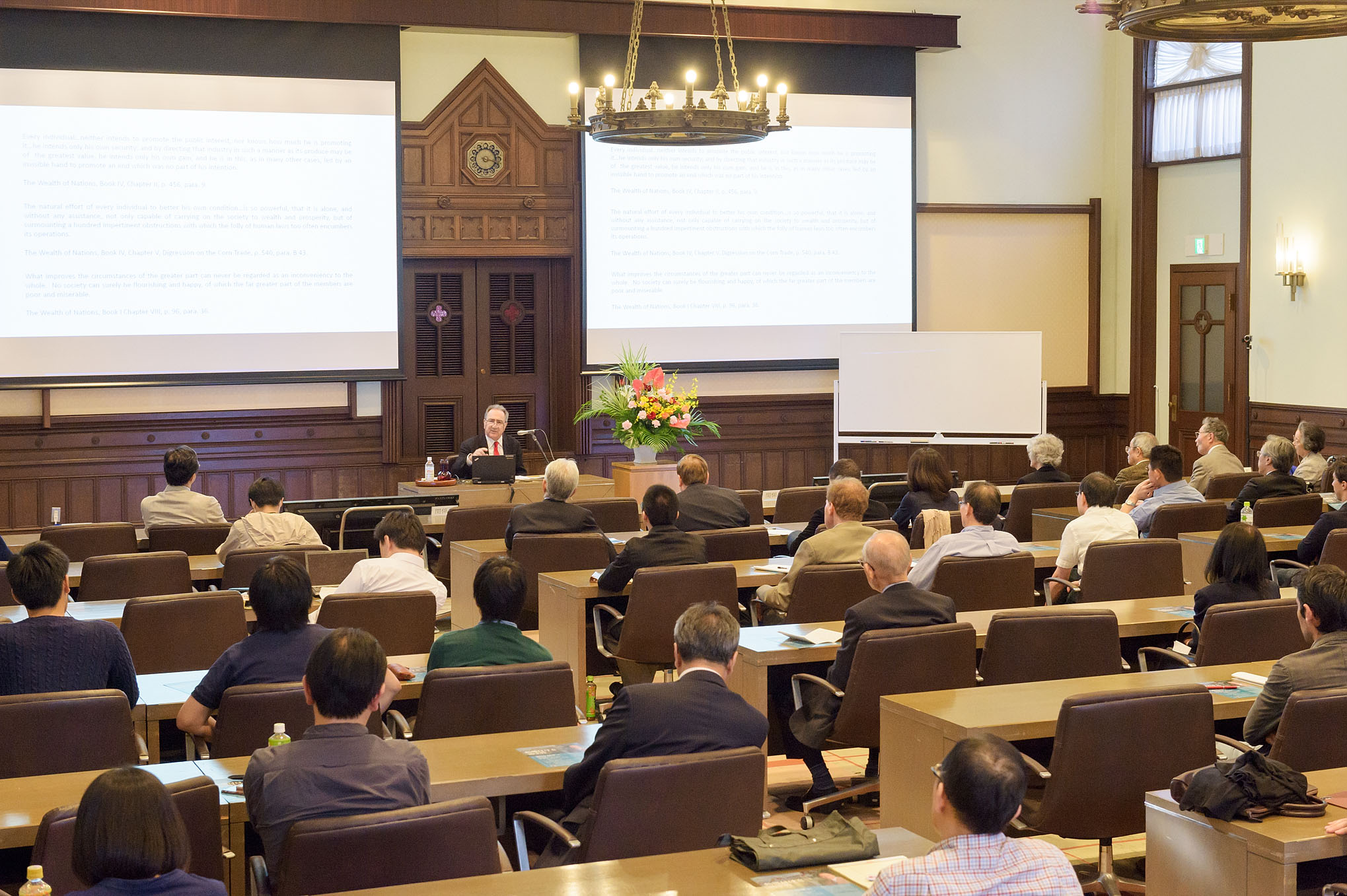 Prior to the lecture, Professor Sonnenschein was awarded the honorary doctorate of Economics from Keio University.
The hall was filled with enthusiastic audience including emeritus professors of Keio University, economic researchers from both Keio and other universities, graduate and undergraduate students, and guests related to the University of Chicago. 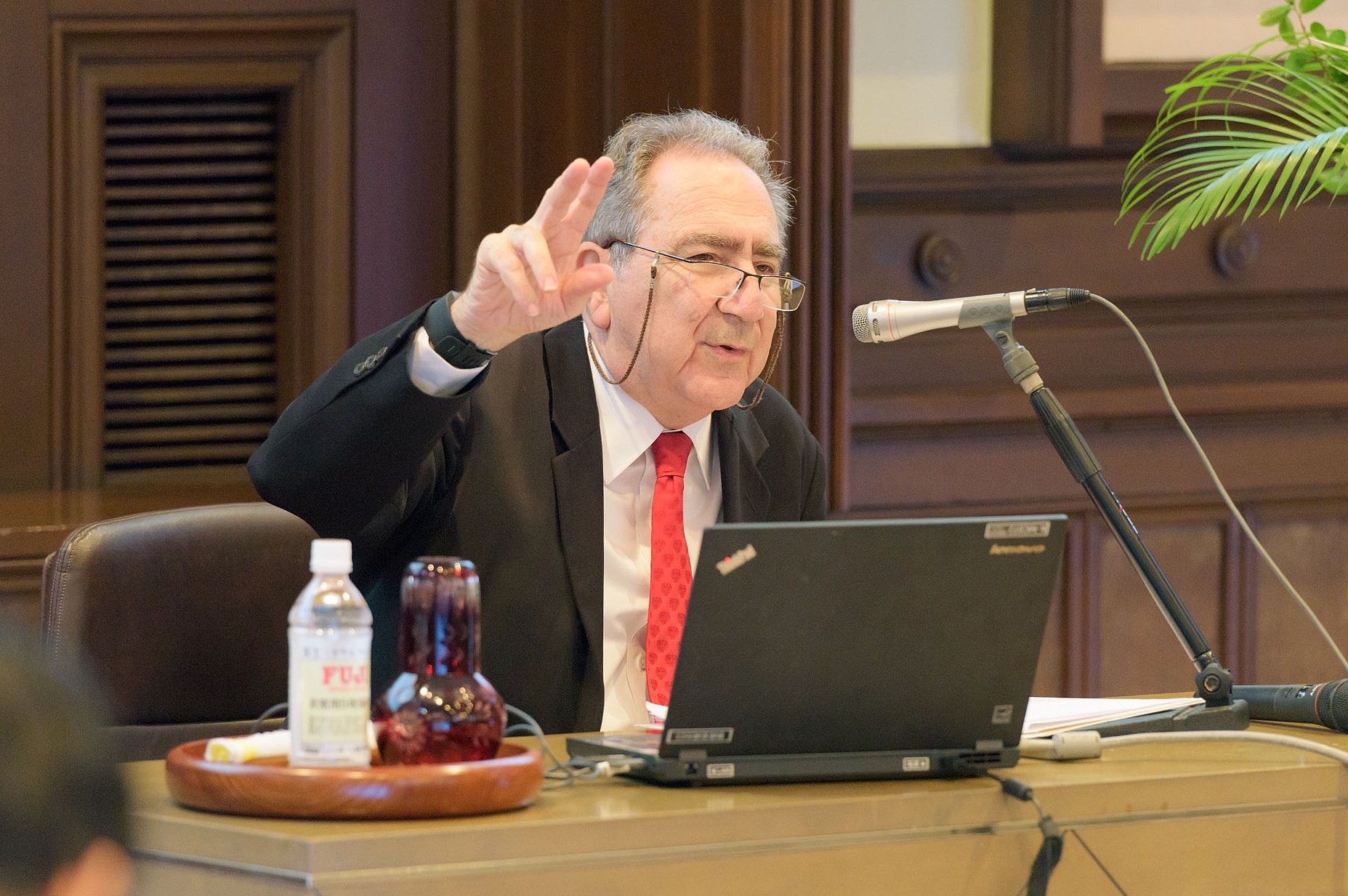 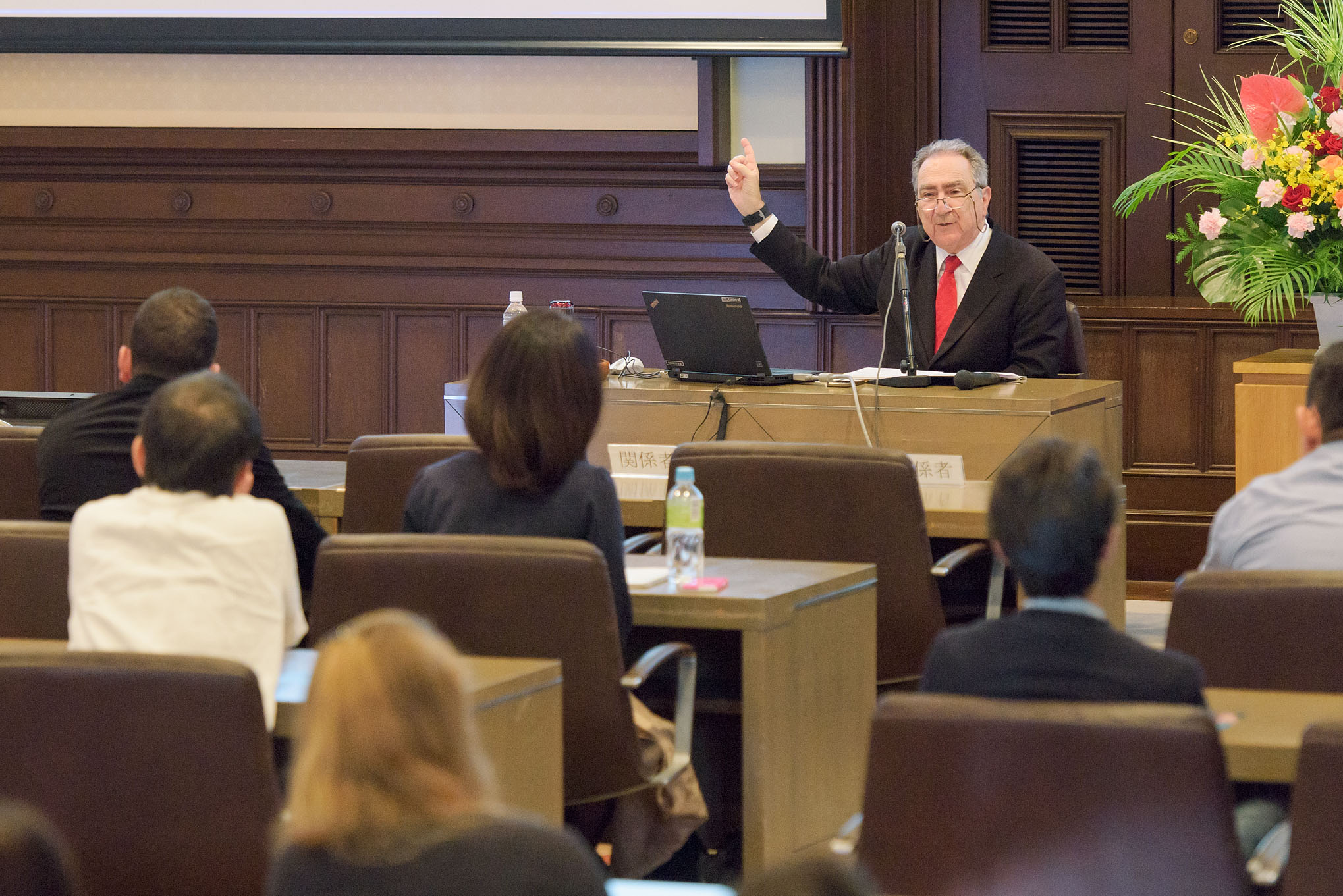 Professor Sonnenschein started the lecture with a remark on how the University of Chicago has a close relationship to Japan, mentioning that its first PhD degree, awarded in 1893, just three years after its foundation, was to a Japanese scholar. He then pointed out that one of the main concerns of social sciences is how privately-motivated behaviors by individuals may contribute to social efficiency. In economics, started by Adam Smith, Arrow, Debreu, and McKenzie established that, in perfectly competitive markets, economic activities of demand and supply, motivated by private objectives of individual agents, result in an equilibrium and achieves social efficiency. Professor Sonnenschein went on to explain his own research, in particular of the Sonnenschein-Mantel-Debreu Theorem. However, the real phenomena of large discrepancy between demand and supply, such as bubbles, indicate the limitation of the general equilibrium theory. Professor Sonnenschein and his co-authors recently showed that in an extension of Nash’s program, even if buyers and sellers do not completely know each other’s private objectives, it is possible to achieve efficient transactions. 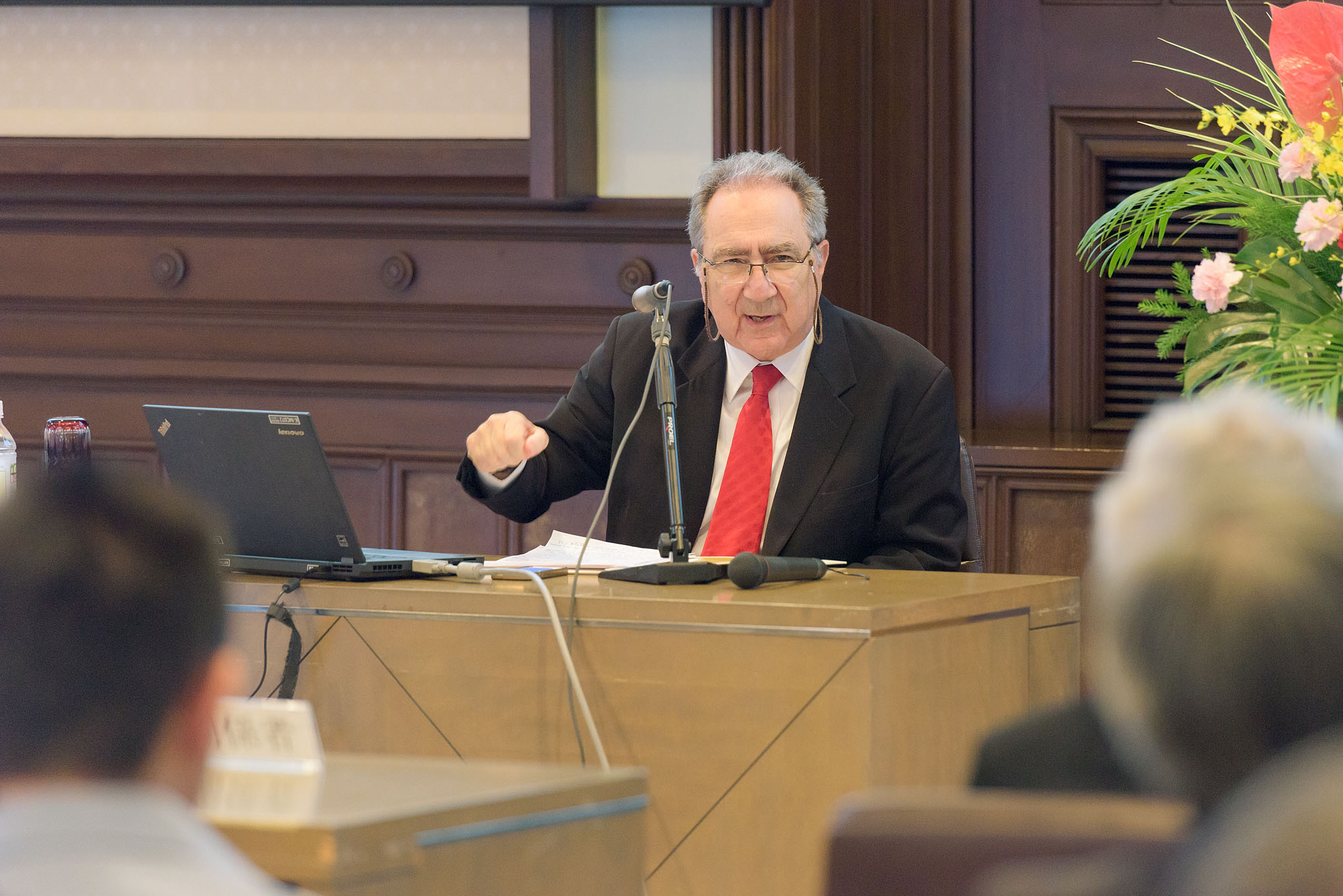 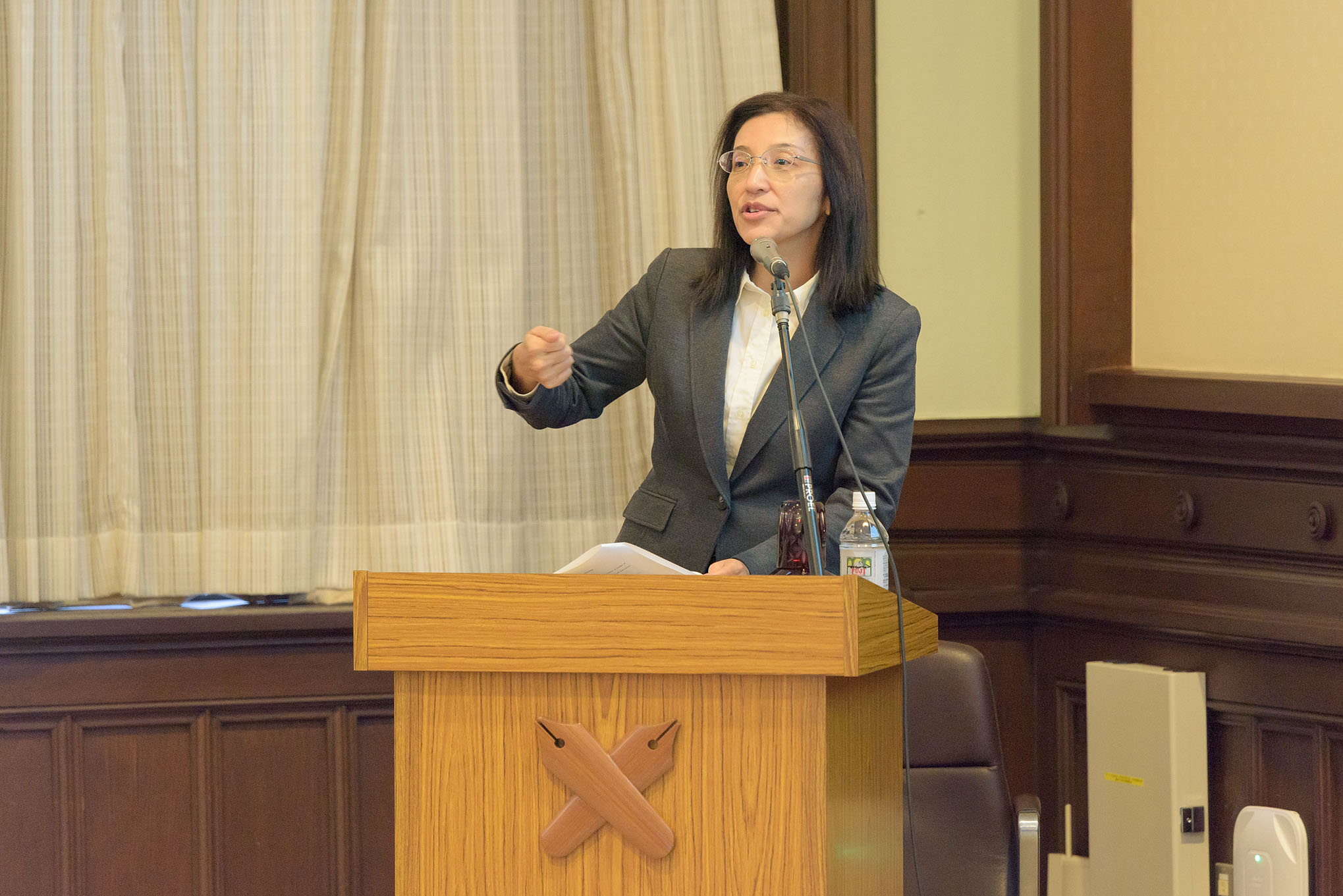 The topics of the lecture were highly mathematical, but Professor Sonnenschein’s explanation was clear and precise. The audience including economic researchers was fully impressed, and the lecture ended with a grand applause.