Politics and Economics : Theory and Evidence

Politics and the economy intertwine with each other since political behavior has an economic background, and political decisions affect economic behavior. As such, both political science and economics employ game theory for theoretical research, as well as statistical methods that include empirical approaches and structural estimation approaches. This workshop provides opportunities for presentations by up-and-coming theoretical and empirical researchers from political science and economics, with the aim to promote collaboration across both areas. We invited Professor Amihai Glazer from the University of California, Irvine, to be a guest presenter. For more details, please click here. 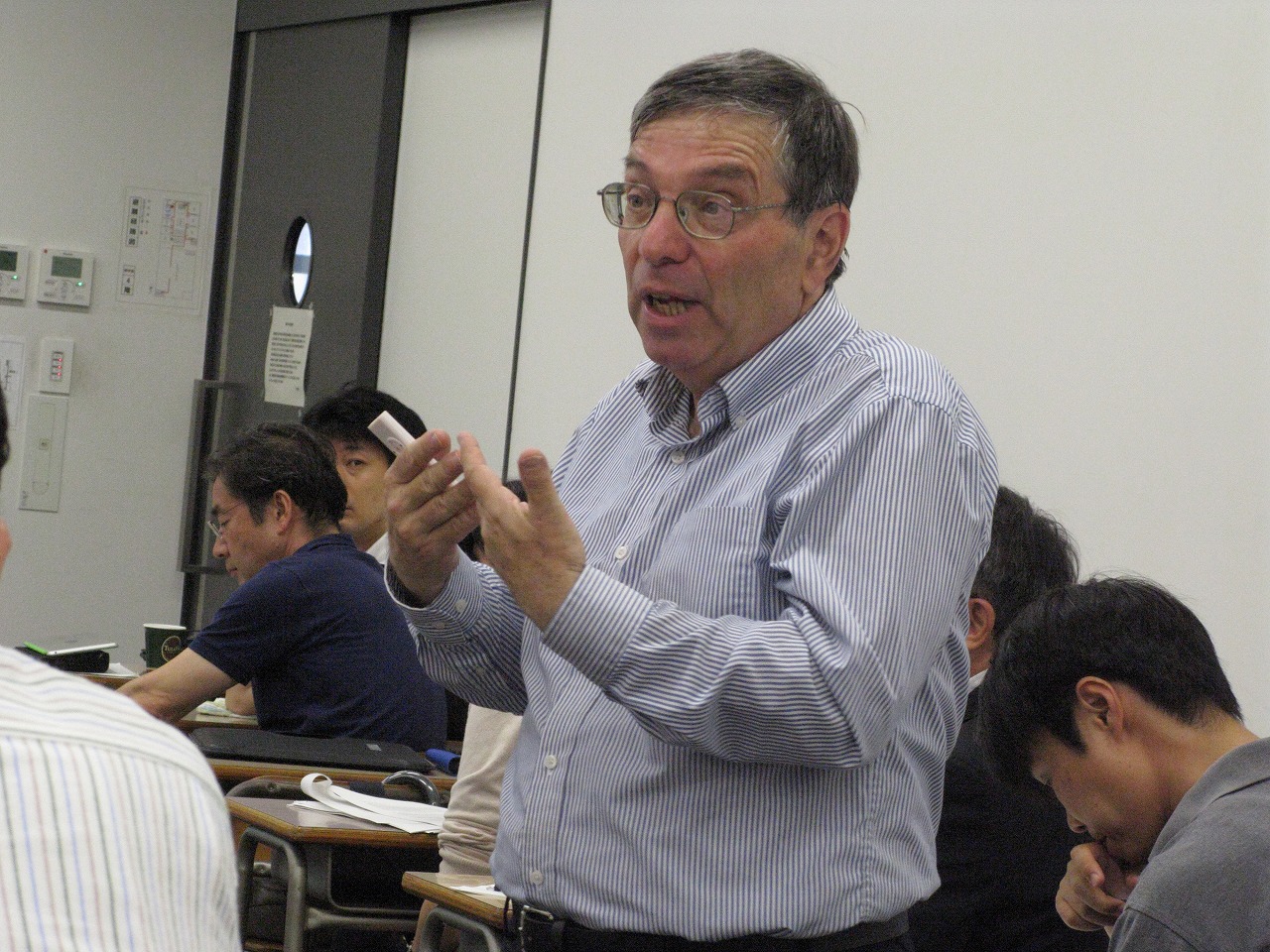 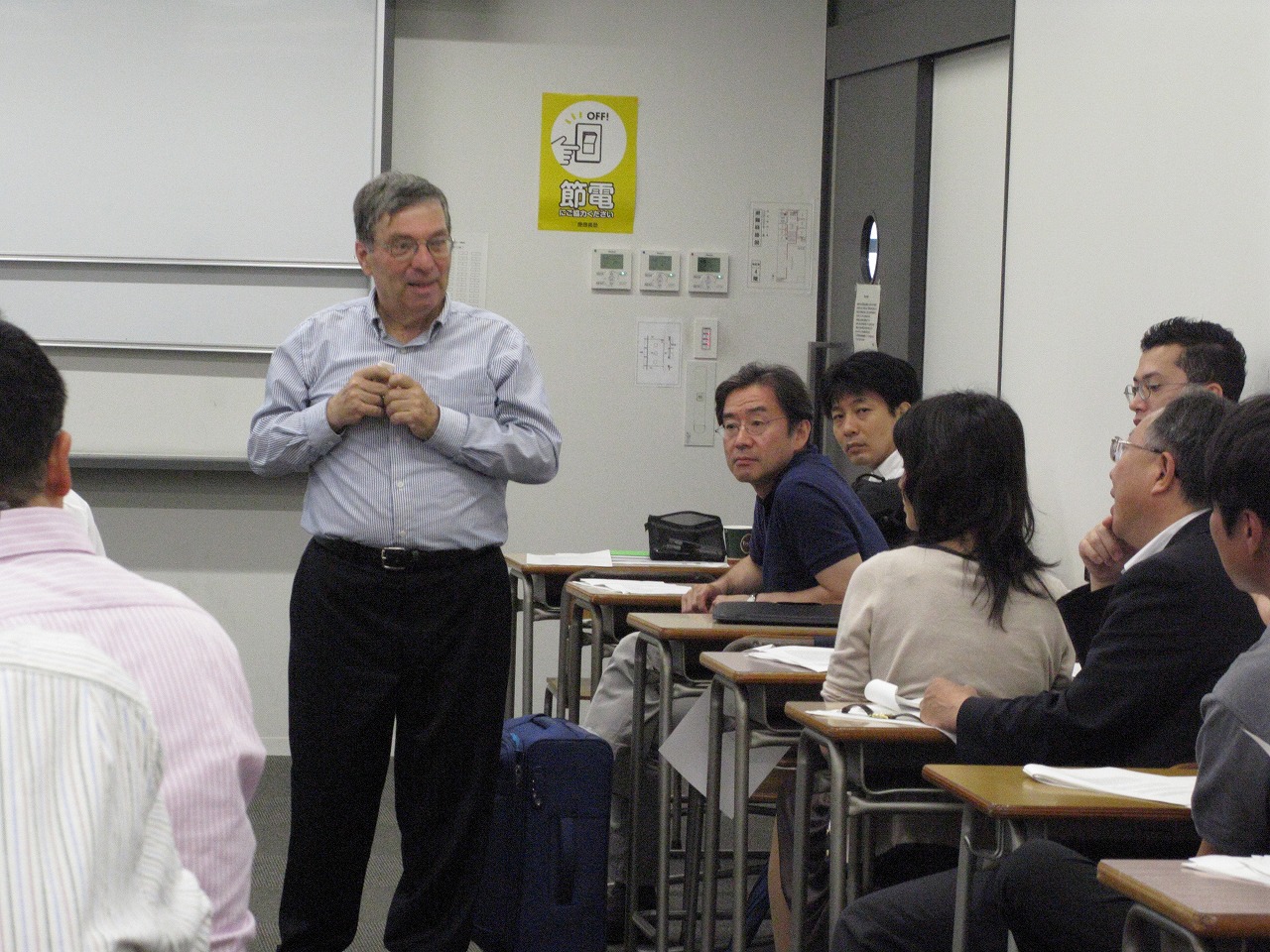 A workshop titled "Politics and Economics: Theory and Evidence" was held at Mita campus on July 5, and Professor Amihai Glazer from the University of California, Irvine, attended as a guest presenter. This workshop aimed to promote mutual understanding of political science and economics through sharing of the theoretical tools of game theory and empirical tools of statistics, especially regression analysis.

In Session 1, Professor Glazer reported his theoretical analysis on the mechanisms of insufficient policy experiments and herd behavior. Dr. Ryo Ishida (Ministry of Finance) presented his theoretical research on the flexibility and efficiency of voluntary emissions reduction mechanisms. 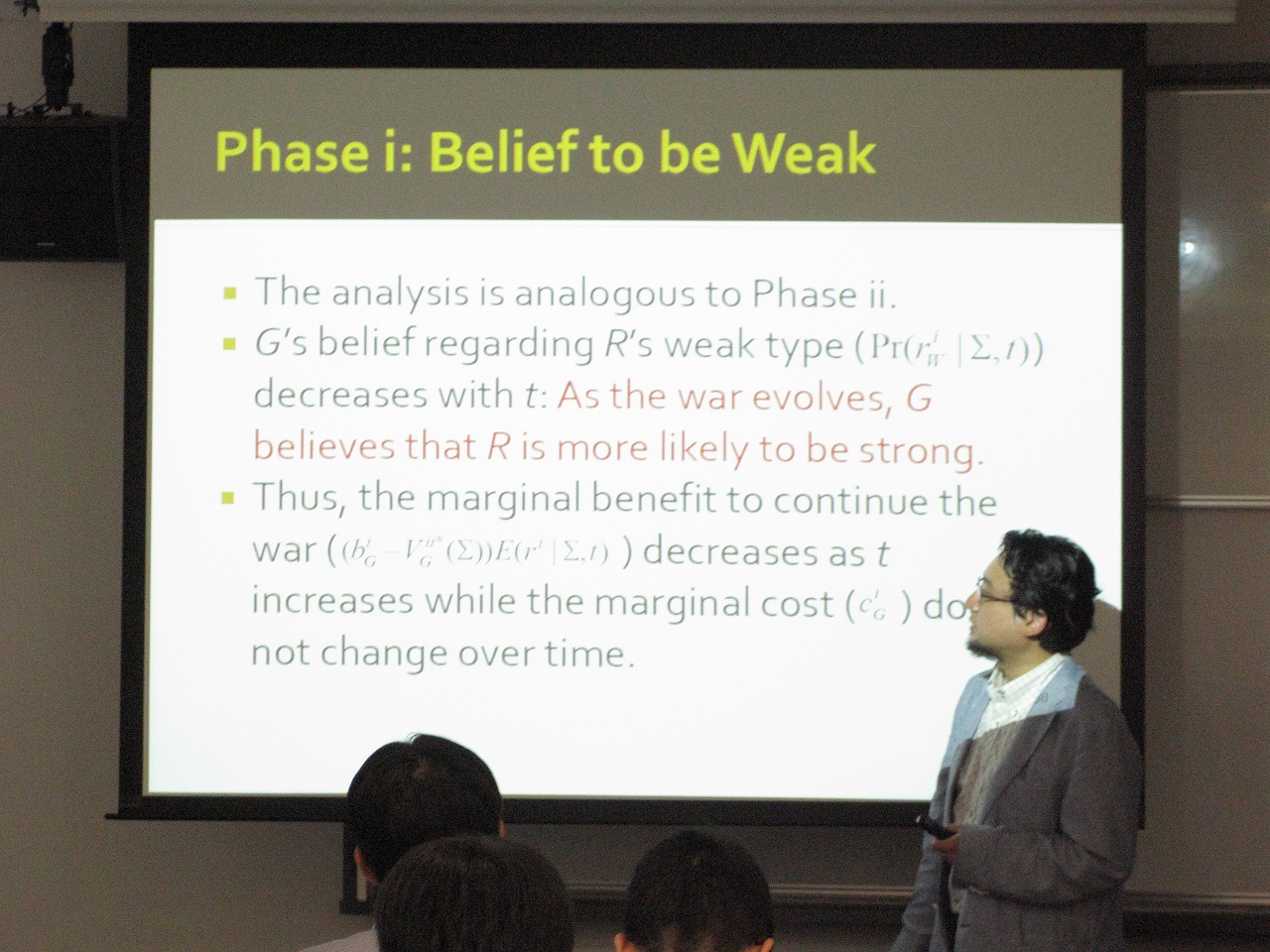 Session 2 was on the theoretical analysis of conflicts. Professor Yasushi Asako (Waseda University) presented a theoretical model on the timings of the start and end of truces between governments and rebels, showing that democratic elections tend to advance peace talks and to end ceasefires as well. Professor Shuhei Kurizaki (Waseda University) explained a model of alliance based on a game in extensive form within political science, and applied it to exercising the right to collective self-defense. 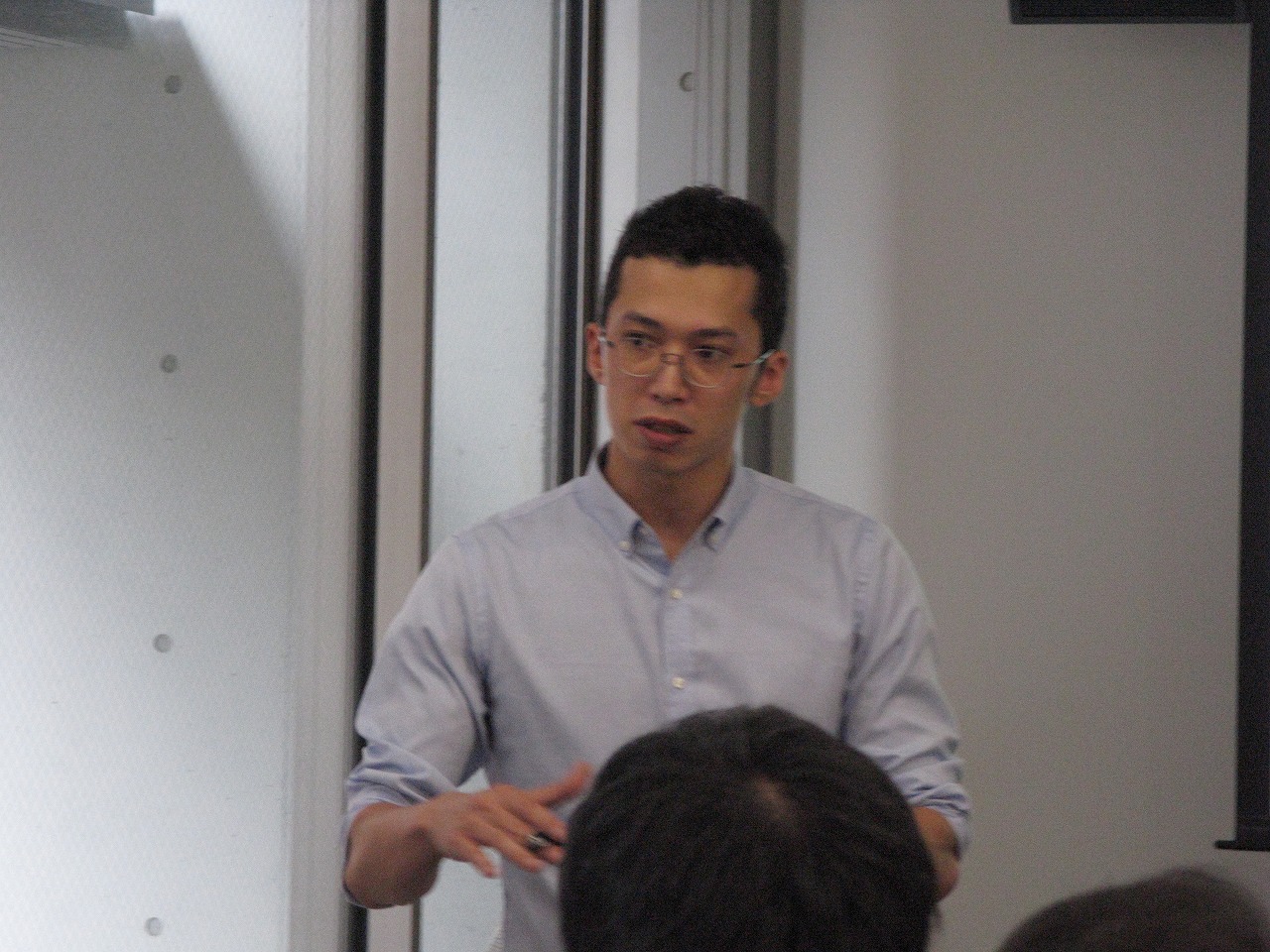 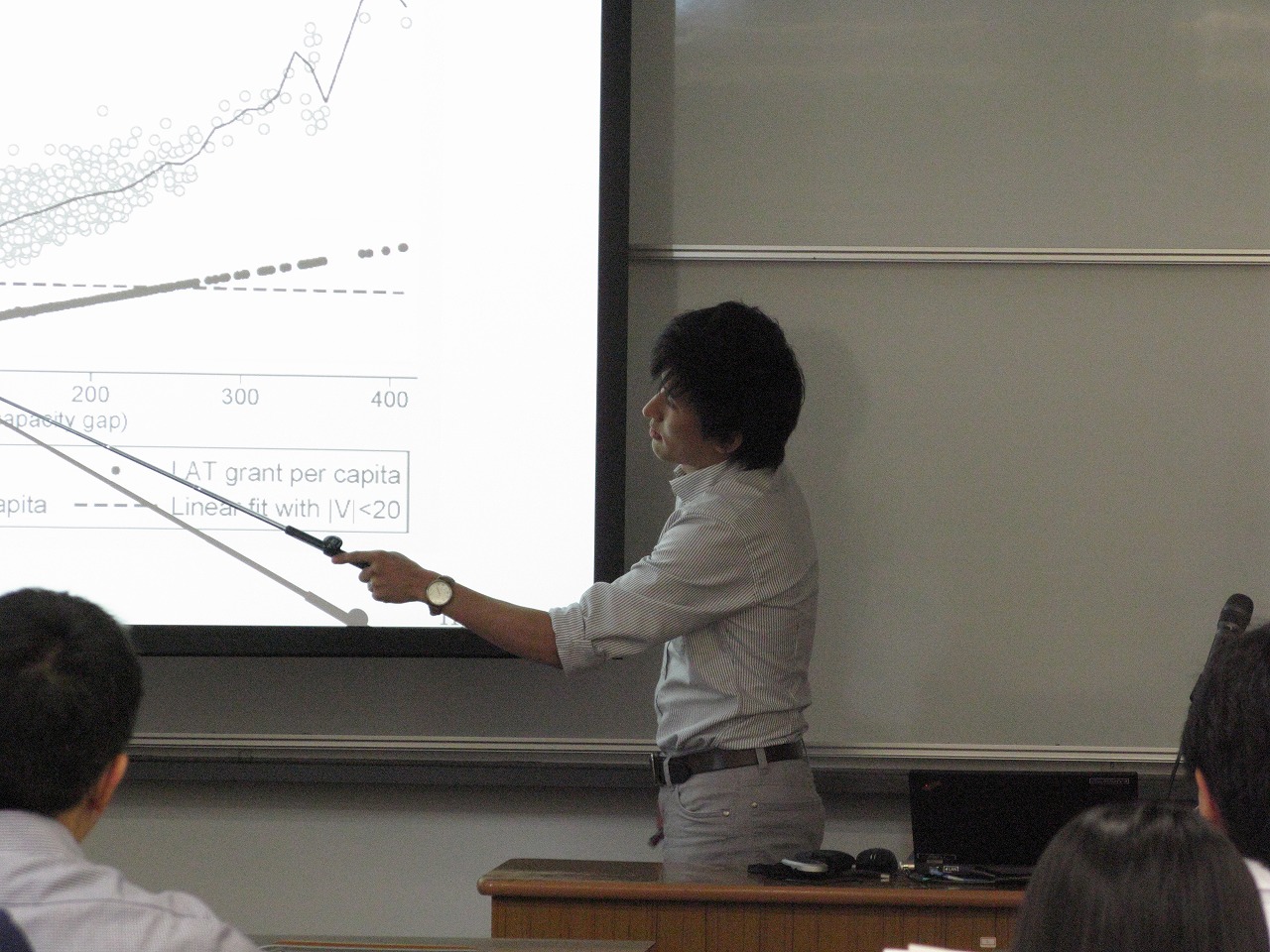 Session 3 was a graduate student session. Taiki Susa (Nagoya University) reported on a theoretical model of strategic negotiation for the case where two countries have asymmetric technology levels. Michihito Ando (Uppsala University) outlined his empirical analysis on the effects of grants from central governments, making use of quasi-experimental situations in Japan and Sweden. 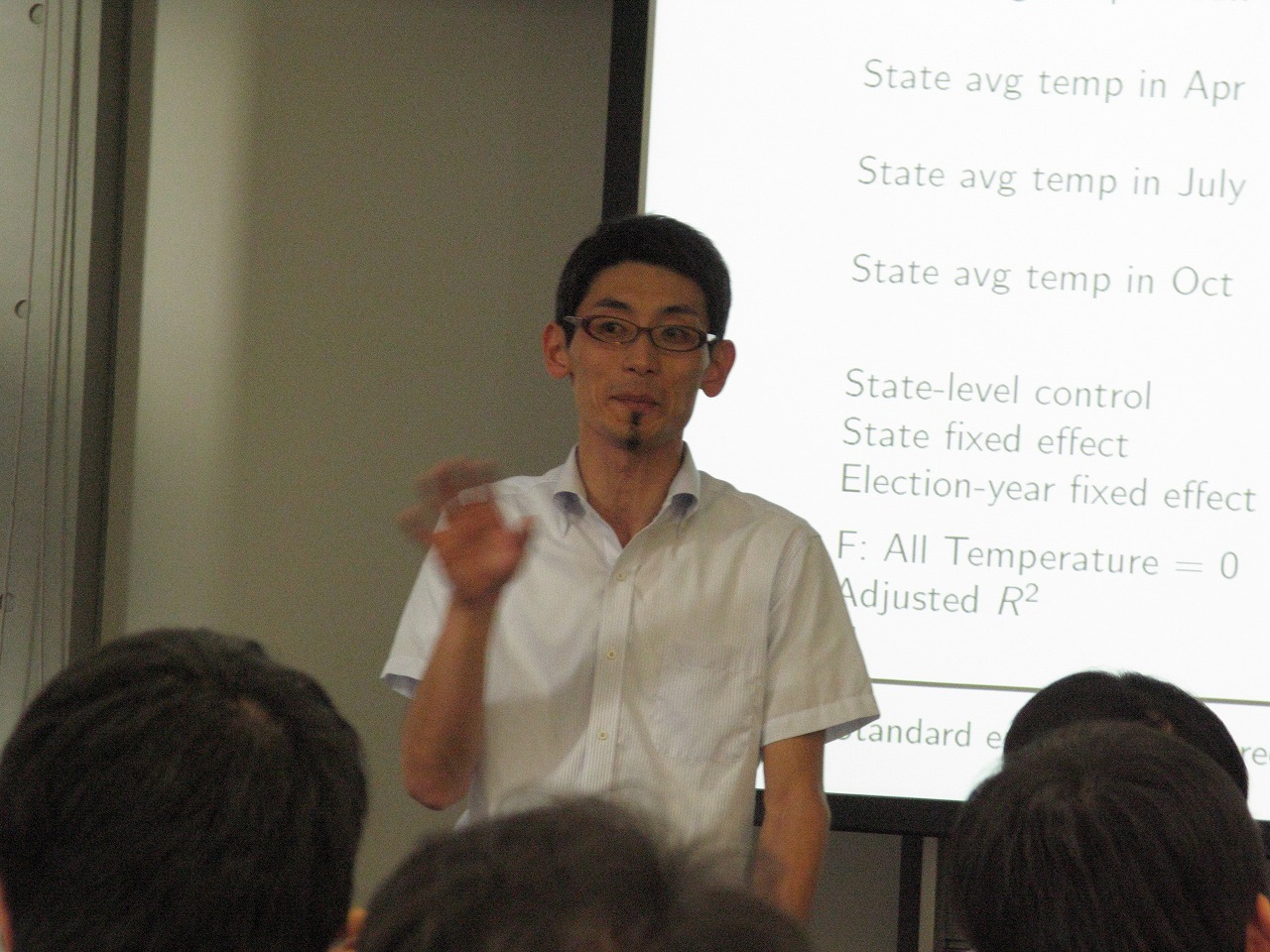 Over forty participants came from not only the Kanto area but also Kansai, Tokai, Tohoku, and Chugoku areas, and contributed to vigorous discussion in all the sessions. Many presenters and participants noted that this workshop was very fruitful and productive, and provided a good opportunity to learn more about their interconnected fields.